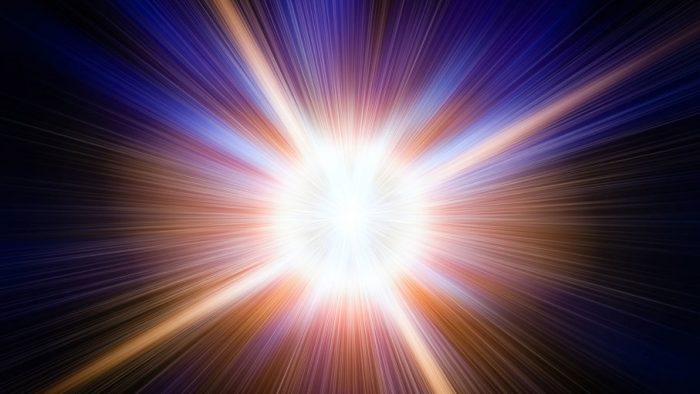 There being nothing except God, it cannot be assumed or asserted that God took some other substance and created everything out of it. Everything is an expansion, manifestation and evolution of God.

EVOLUTION OF THE UNIVERSE

God, the Primordial, was an atom in an all pervasive darkness which was devoid of any substance. That Primordial becam the ‘I’ in its pulsation, thought in its expansion, sound in its speed, and fire in its shape. The sparks of that never decreasing, ever increasing, fire became atoms. These atoms began to scatter and spread rapidly. When their speed abated, they adhered together on account of their inherent nature in different places and formed planets, stars, the earth and the universe and gravitational forces. These fiery sparks became not merely the atoms but also the vehicles in which those atoms remain move and travel and the substance by which they are sustained.

They became the growth, movement and reproduction of all living beings inclusive of man, endowed with feelings an sensations, became finer sensations of tastes etc. and of pains and pleasures in man, and became also finer thoughts in men on account of experiences in word, deed and thought, became the religions of faith, and the sciences of critical enquiry and finally became the knowledge of Self. Gnana (wisdom) is the knowledge that the whole Universe is only the amplification and manifestation of that very Self. This, in short, is the Evolution of the Universe.

If you take any object and analyse it, you will find darkness, ego, thought, sound, light and atoms being inextricably knit together. When this truth was not known, people thought God was a separate, isolated entitiy and so they described him as such and also tried to find him such.