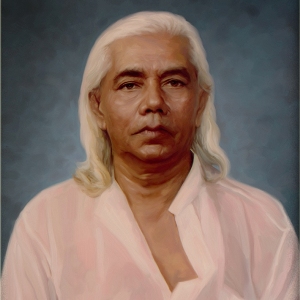 Our (World great Guru, Philosopher, Sage, Donor of Knowledge) Paranjothi Mahan was born at 8.30 at night on 2-5-1900 at a place called “Kansapuram” in Southern India. This sacred day is being celebrated by us as “Jenana Vizha”.

In his living place, on 11.11.1911, at 11’o clock, our Mahan was seeing the crowining function of a great King of a foriegn nation. In our Guru’s heart, arose a strong desire for seeing the God who’s greater than the King. The result of that strong desire was his gret love for GOD, and then resulted as “Paranjothi Mahan”. This Sacred day is being celebrated by us as “Englightment Day Function”.

Our Mahan went to Burma in 1919 for work and hence, He’s able to speak and write Burma Language as fluently as his native language. Due to the strong desire initiated to him on 11.11.1911, Our Mahan has lived a life with several Yogic practices, Manthras, Japas, Thapas and several other activities to achieve his goal of seeing the God, who’s greater than the Kings, and lived a life of Sanctity. In the same town, in a Temple, an old man was living. The old man has observed our Guru’s desire and longing and his continuous efforts. He notice that our Guru comes to temple before the rise of Venus, worships the Lord with Love.

So the old man made friendship with our Mahan. Their friendship developed and on 7.11.1983 at 11’clock 11 minutes, in an old Horse Court near New Con Road, our Mahan received spiritual initiation from the old man. Our Guru was very happy that he got the way of obtaining the goal for which he has been longing for the past 21 years. By His sincere practice, He has obtained the Self’s natural state of Great Bliss called “Paranjothi”.

The old man was also happy about our Guru’s acheivement. Our Guru has obtained permission from the old man on 7.7.1938 to teach the sacred technique to others. On 8.7.1938, when our Mahan was in Rangoon, an old man said to our Mahan the He looks like a great Guru. Since then, our Mahan has left his religion and work, and decided to live as a Guru. Since that day, with the intention that everyone in the world should also enjoy the bliss that he is enjoying, He has preached and initiated people of the world with the sacred technique of “Kundalini Yoga” and became Donor of Knowledge.

World great Guru, Philosopher, Sage, Donor of Knowledge, Paranjothi Mahan came to India in September,1939. At 11’o clock 11 minutes on 7.1.1938 our Mahan with the wealth of Knowledge has reached the height that people of the world cant even imagine, with the wealth of Devotion called Love has spread the smell of Love throughout the world, and that smell has touched the hearts of Billions of people and shines gloriously. From 1944, apart from India, Our Mahan has visited, one his own, most countries of the world and has established Socities with the help of his disciples of the respective countries.

Our Mahan, who’s proficient in Burma language as fluent as his native, has written a book in Tamil called “Naan Kadavul” (I – God). In order to simplify the ideas to the people of the world about various needs, for one to be at peace and happiness, like food, sleep, dress, work, agriculture, politics, science, and enlightment, Our Mahan has established “World Peace Temple” at chennai on 20.7.1946.

10,460 thoughts on “Birth And Life Of Paranjothi Mahan”